What is Fermented Cod Liver Oil?

How Fermentation Works to Extract the Cod Liver Oil

Fermented Cod Liver Oil is a natural product made by the prolonged soaking of wild cod livers in brine. The livers are allowed to naturally ferment, then draining off the resulting oil that accumulates on the top. Fermentation is an ancient practice that has been used worldwide to adequately preserve food (including meat and fish) when other methods of preservation have failed.

The process of preparing cod liver oil by fermentation is similar to that used in traditional Thai cuisine to produce fish sauce (Nam phrik) and fish paste (Kaengtai pla). This fermentation method is also known as submerged culture fermentation (SCF), which is defined as “fermentation under conditions of high moisture content”. Salt tolerant, lactic-acid producing bacteria (LAB) ferment the fish and yield various components in the final product. In a likewise fashion, cod liver fermentation yields the following: liver glycogen is broken down by microorganisms to yield lactic acid (which acts to further preserve the food product); proteins are degraded into free amino acids as well as biogenic amines and various flavor/ aroma compounds; fats are broken down into free fatty acids, and these can be further oxidized into other flavor/ aroma compounds. Please note that while it is true that fats are not technically highly fermented, the other components present in the cod liver ARE capable of being fully fermented, and this allows the oil to be liberated from the livers with the added benefit of enhanced vitamin content and the breakdown of toxic substances during fermentation.

In general, the process of fermentation enhances the nutrient composition of the final product. For example, in a comparison study of fermented versus non-fermented garlic, fermented garlic was shown to contain more vitamin E, B2, and amino acids than an unfermented form. Fermentation also increased the important antioxidant SOD (Superoxide dismutase) enzyme activity of garlic by more than 13 times that of the unfermented form.

Fermentation of cod liver oil may result in dramatically increased vitamin content, although the amount of each vitamin present in each batch is highly variable. Some of the naturally occurring nutrients that are enhanced during this process include the fat-soluble vitamins A, D and K. Non-essential nutrients such as non-vitamin K Quinone’s may also be increased. Because the fermentation processing method naturally increases the vitamin content of the oil, no synthetic antioxidants are added to the oil. Numerous studies have shown that synthetic vitamins do not act the same way in the body as naturally occurring forms, and may even pose an unnecessary health risk. For this reason, many consumers are looking for a completely natural product without added synthetic vitamins. Fermented cod liver oil is free of synthetic vitamins that many find objectionable.

Bioavailability of Natural Nutrients Gets a Boost

The ethyl ester (EE) form is made by reacting free fatty acids with ethanol (alcohol) in order to concentrate the EPA and DHA to levels greater than that found naturally in fish. This process is called molecular distillation and the resulting product is completely synthetic. Please note that most of the commercially available fish oil, including cod liver oil, is the synthetic EE form. Fermented Cod Liver Oil provides a natural form of important omega-3 fatty acids.

In general, the process of fermentation has been shown to reduce toxic components in food. In one dramatic example, a recent study showed that the deadly nerve toxin in “fugu” or puffer fish, (terodotoxin) was virtually eliminated by traditional methods of food preparation such as prolonged fermentation, and that it yielded a non-toxic, edible food product. It is also well established that anti-nutrients in plant foods are degraded during fermentation. Based on these assumptions, Fermented Cod Liver Oil quite possibly may have less naturally present toxins than other forms of cod liver oil.

Inherent Variation of Nutrients Due to Nature

Fermented Cod Liver Oil may exhibit natural variation in its metabolites and cofactors, including variation in the amount of vitamins it contains. For this reason, Fermented Cod Liver Oil may contain extremely high quantities of fat-soluble vitamins such as vitamins A and D. It may also contain flavors and aromas that some may consider to be unpleasant, although these are not likely to be toxins, as toxic substances are generally reduced during the fermentative process. Due to the increase in lactic and other organic acids produced during fermentation, some people may find this tart taste objectionable. Lactic acid is not harmful, but is a natural occurrence in fermented food products such as yogurt, kefir, sauerkraut, etc. However, to suggest that fermented cod liver oil is “putrid”, to liken the fermentation process to “putrefaction” or the “rotting process” shows ignorance about the entire process of lactic-acid fermentation. Lactic-acid fermentation of food products, especially meat/fish, exists for the express purpose of eliminating putrefactive, anaerobic, and pathogenic microorganisms.

Putrefaction is Not the Same as Fermentation

Putrefaction or “rotting” is very different from lactic acid fermentation. The formation of putrescine and cadaverine are biomarkers for incomplete lactic acid fermentation. Both are foul -smelling, toxic biogenic amines produced during putrefaction. Cadaverine is a breakdown product of the amino acid lysine, while putrescine derives from the amino acid ornithine. Both are components formed during decomposition of the proteins in rotting meats through anaerobic bacterial action. Interestingly, small traces of these compounds are often present in fermented meat products and contribute to the overall flavor profile without causing any harm to human health. Some individuals are intolerant of even trace amounts of biogenic amines in the diet and need to restrict intake. Many factors can affect the formation of biogenic amines, and the process needs to be tightly controlled. A quality manufacturing facility can optimize the environmental conditions to allow only beneficial microorganisms to thrive, and for complete fermentation to occur. According to Dave Wetzel of Green Pasture, Green Pasture Fermented Cod Liver Oil has repeatedly tested free of undesirable biogenic amines such as putrescine and cadaverine.

Table II provides a summary of the factors, which affect the formation of biogenic amines during meat fermentation.

Fermented cod liver oil is a traditional food that delivers natural forms of important fat-soluble vitamins, such as vitamins A, and D. The fermentation process enhances the nutrient content, which can vary widely from batch to batch. Fermented Cod Liver Oil also provides essential omega-3 fats in their most bioavailable forms. It is likely that Fermented Cod Liver Oil is naturally lower in toxins, although it may contain traces of biogenic amines, which can be problematic for certain sensitive individuals. 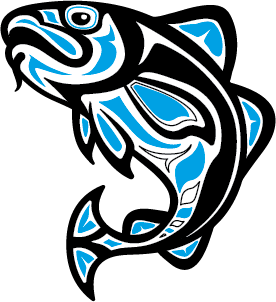