Polyphenols and Pigments in Fish Oil

Ever since Green Pasture began making fermented cod liver oil (FCLO), we have observed that our product is uniquely stable; another way of saying this is that our product has some sort of abilities to resist oxidation.

About two years ago, Dr. Martin Grootveld, an expert bioanalytical chemist, tested our FCLO for oxidative stability. Dr. Grootveld shared a comment in the aftermath of his tests that spurred a concerted effort on our part to better understand our FCLO’s distinctive natural antioxidant system.

“We’ve also recently performed some heating experiments on your oil, and found that this process (which readily induces and/or perpetuates the generation of lipid oxidation products in many commercially available vegetable oils) generates little or none of these toxic agents in your oil.”

The following article by Dr. Subramaniam Sathivel explains that a major reason for our fermented cod liver oil’s notable oxidative stability has to do with the ocean’s natural antioxidant system brought forward through the base of the marine food chain.

In fact, extensive industrial processing may have the effect of reducing the lipophilic polyphenol content in fish oils as well as removing other valuable antioxidant compounds and pigments. As mentioned by Clayton et al. (2015) “the trace ingredients in fish (such as the polyphenols) that likely played a critical role in conferring their original health benefits.”

Dr. Sathivel’s paper elegantly describes the influential relationship between the base of the marine food chain and Green Pasture’s naturally extracted and minimally processed FCLO. I want to thank Dr. Sathivel for sharing his scientific knowledge and experience with Green Pasture and our wider community.

Polyphenols and Pigments in Fish Oil

Cod fish are an ocean predator that eat small fish, including algae eaters. Green Pasture’s cod liver oil is produced from Pacific cod. The company uses a specific fermentation technique to extract the cod liver oil; they do not use harsh chemicals or heat treatments. Therefore, the extracted oil is able to retain natural bioactive compounds such as polyphenols. The polyphenol content present in their cod liver oil reduces or prevents lipid oxidation (polyphenols are known their antioxidant properties).

Seaweeds are considered a source of bioactive compounds as they are able to produce a great variety of secondary metabolites with a broad spectrum of biological activities. They are an excellent source of vitamins such as A, B1, B12, C, D and E, riboflavin, niacin, pantothanic acid and folic acid as well as minerals such as Ca, P, Na, and K (Dhargalkar & Pereira, 2005). According to Garza (2005) and Turner and Bell (1973), Coastal Alaskan seaweed species provide a source of food for Native Americans/Alaska Natives (NA/AN). Seaweeds including, Porphyra (black seaweed), Palmaria (ribbon seaweed), Nereocystis (bull kelp), and Macrocystis (giant kelp) are important to Northwest tribes. For example, black seaweed and ribbon seaweed are considered important food and herring roe on Macrocystis is considered an important subsistence food (Garza, 2005).

Based on the color, seaweeds are named as (1) green algae (chlorophyta), (2) brown algae (phaeophyta) and (3) red algae (rhodophyta). The classification of the algae is mainly based on their chemical composition. Green algae contain chlorophyll a and b, beta-carotene and xanthophylls; chlorophyll a and b, beta-carotene and xanthophylls are greenish, yellowish, and yellowish or brownish pigments. Brown algae contains fucoxanthin, which is responsible for the color of brown seaweeds. Red algae pigments such as phycoerythrin and phycocyanin are responsible for the color of red seaweeds (Gupta and Abu-Ghannam, 2011).

As mentioned above, Green Pasture Products uses a minimal processing technology to extract cod liver oil from Pacific cod liver. Extensive purification of fish oil may remove the pigments and other bioactive and natural anti-oxidant compounds.

Dr. Sathivel is the Professor of Food Engineer at the School Nutrition and Food Sciences and the Department of Biological and Agricultural Engineering, Louisiana State University Agricultural Center (LSUAC). Before joined LSUAC, Dr. Sathivel worked five years as an Assistant Professor of Seafood Processing and Engineering at the Fishery Industry Technology Center (FITC), University of Alaska Fairbanks, Alaska. He is responsible for the food process engineering laboratory at the LSUAC, where his projects include design and development of an adsorption technology to purify fish oils and fish protein, value added products, edible films and edible coatings. Dr. Sathivel has published 60 refereed articles, two popular articles, five book chapters, and six pro­ceedings. Dr. Sathivel has an equally respectable record of published abstracts and professional presentations, many of which were invited talks at international scientific meetings and conferences. 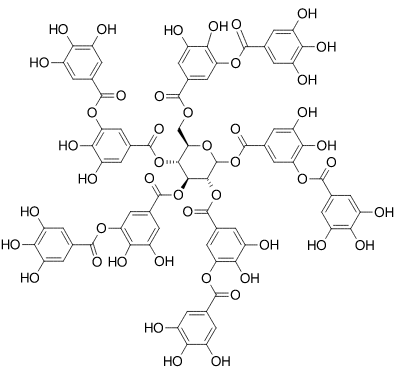