Dr. Subramaniam Sathivel answers all of these questions in the following article. Are you short on time? Clicking on each question provides a shortcut to the answer!

How does vitamin E end up in fish?

Vitamin E, an antioxidant nutrient, is synthesized (made) in plants and algae (Whistance and Threlfall, 1970). It is also found in fish and marine animals, but fish do not themselves synthesize vitamin E. This raises an interesting question: How does vitamin E come to be found in fish? Simply put, fish assimilate vitamin E from their diet.

How does vitamin E travel through the marine food chain?

The cycle begins with small organisms called zooplankton that consume phytoplankton (microalgae, which can produce vitamin E); the zooplankton then are consumed by small fish, which are eaten by larger fish, and so on.

There is another pertinent question related to vitamin E: Do particular species of fish contain a significant amount of vitamin E, and if so, where is that vitamin E stored in the fish? As it happens, coldwater fish such as cod tend to contain more vitamin E than warm water fish. Because vitamin E is fat-soluble, for the most part it is dissolved in the lipids (fat and oils) stored in the liver, which means that when the oil is extracted from the cod liver, vitamin E gets extracted along with the oil. (However, the final concentration of vitamin E in the oil depends on the extraction methods and conditions and on a number of other factors.

What are the different forms of vitamin E found in the food chain?

Vitamin E is considered an antioxidant because it is able to reduce or prevent lipid oxidation. Plants, algae, and cyanobacteria produce vitamin E in the form of Α-, Β-, Γ-, and Δ-tocopherols and Α-, Β-, Γ-, and Δ-tocotrienols. The Α-form of vitamin E has the greatest antioxidant activity among the tocopherols and tocotrienols, and Α-tocopherol is the principal tocopherol found in marine animals (Syväoja et al., 1985).

Which form of vitamin E is most often found in fish?

As already noted, cod fish and other fish cannot synthesize tocopherols directly, but as ocean predators that eat smaller fish (including algae eaters), cod fish are able to assimilate vitamin E and other health-beneficial bioactive compounds such as pigments and polyphenols. Factors such as season, food, size, and age can influence the concentration of tocopherols (Ackman and Cormier, 1967; López et al., 1995), but in general, cod liver oil contains 0.26-0.32 mg Α-tocopherol per gram of lipid (O´Keefe and Ackman, 1986).

What is marine-derived tocopherol, and why is it important?

Pacific cod (Gadus macrocephalus) is a coldwater fish in which concentrations of 3.1 nmole of MDT per gram of wet muscle tissue have been noted. Although this is a low concentration, it may be sufficient to impart health benefits when consumed. There is little information available on the MDT concentration in cod liver oil. However, because higher concentrations of lipid are stored in a cod’s liver than in its muscle, there is a good possibility that MDT is present in greater concentrations in the oil than the lower levels noted in the flesh. Through adherence to minimal processing techniques to extract cod liver oil, one would expect the extracted oil to contain an abundance of these natural bioactive compounds. 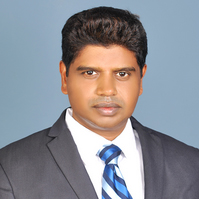