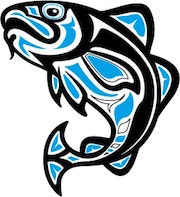 Dr. Martin Grootveld has been able to confirm the presence of natural antioxidants in our fermented cod liver oil. These antioxidants are a direct result of the fermentation process, and their presence provide our cod liver oil with better protection against oxidation.

His research shows just how the fermentation process delivers a superior product, confirming that the best way to extract cod liver oil is through fermentation!

Evaluations of the Peroxidative Susceptibilities of Cod Liver Oils by a 1H NMR Analysis Strategy: Peroxidative Resistivity of a Natural Collagenous and Biogenic Amine-Rich Fermented Product

Determinations of the peroxidative susceptibilities of cod liver oils by a newly‑developed 1H NMR‑based method: resistance of an antioxidant‑fortified product isolated from pre‑fermented sources

The above papers are scientific papers, and therefore can be quite challenging to read. Here is a summary that is clear and concise, written in plain English, highlighting the wonderful findings from Grootveld’s research: Fermentation: Enhancing favourable health properties of cod liver oils

With the growing trend of fermented food products in America today, you may be familiar with kombucha, kimchi, and Greek yogurt, as they are all advertised as having an incredible impact on gut health and digestion. Another product made using fermentation, which you might not have heard of, is cod liver oil!

Almost lost to history is the ancient traditional method of using fermentation to extract oil from fish and fish visceral. Combining this ancient method with modern standards, we are proud to re-introduce this nutrient rich source of natural vitamins and omega fatty acids. Most ancient and indigenous cultures around the world have used different methods of fermentation to preserve their food and improve its nutritional value for centuries. While the foods that were used vary from culture to culture, the fermentation process itself remains the same. Fermented food mimics digestion from within, aiding the body’s process of absorbing nutrients from whatever else you might eat.

Garum is an ancient Roman condiment. It is very closely related to our fermented cod and skate liver oils. We consider Garum our cousin. This short video shows how Garum is made.

In order to provide the highest quality of nutrients, we ferment our small batches of wild-caught cod to extract the cod liver oil, and we use grass-fed milk to make the butter oil. A third party lab tests all of our products at every step of production. They test using FDA guidelines to ensure quality and safety. Our unique methods maintain the food’s fragile components and preserves what’s often lost through industrial processing.

We get our fish exclusively from the Aleutian Islands region of Alaska. The Aleutian culture is more than 2,000 years old, rich in deep-rooted traditions. It both inspires and reminds us to take only what we need and give back what we can. Our new cod and cow illustrations are homage to this culture and their tradition of putting our planet first.