Fish oils, specifically cod liver oils, are well described in the literature for their many health benefits¹. These oils have found widespread use as dietary supplements as well as for the treatment of inflammatory and autoimmune conditions. Cod liver oil is one of the best sources of omega-3 fatty acids (EPA and DHA), which the body must obtain from food and play protective roles for many chronic conditions. Unadulterated cod liver oil also contains relatively high amounts of the important fat-soluble vitamins A and D in an ideal ratio to one another.

Unfortunately, most commercial processes for obtaining and purifying cod liver oil not only damage many of these desired fatty acids through thermal decomposition, but also remove most (if not all) of the natural vitamins and other beneficial nutrients such as antioxidants. While the aim of these commercial processes is to produce a pure cod liver oil, the end result of this nutrient-damaging manufacturing process is that many of the essential nutrients and vitamins must be added back in. At this post-processing stage, it is also common to add synthetic antioxidants such as BHT (butylated hydroxytoluene) to inhibit oxidation. Laboratories initially developed BHT for use with petroleum and rubber products, but in the mid-1950s, BHT began to be used as a food additive. At least one consumer watchdog organization gives BHT a “caution” rating and urges consumers to avoid it when possible due to concerns about possible carcinogenicity.

Unlike the industrially processed cod liver oils, it is possible to produce cod liver oil through the natural process of fermentation, a method that has historical roots dating back to Roman and even biblical times. The fermentative process extracts essential nutrients (i.e., the oils, fatty acids, vitamins, and antioxidants) from the cod livers in their natural form. Most importantly, the fermentation process makes it possible to bottle and seal the resulting Fermented Cod Liver Oil (FCLO) without the addition of synthetic antioxidants and other additives. Nutritionist Alison Birks points out that the central purpose of lactic-acid fermentation of fish products is to enhance nutrient composition and fatty acid bioavailability while “eliminating putrefactive, anaerobic, and pathogenic microorganisms.”

It is well known that oils are susceptible to rapid oxidative decomposition, characteristically resulting in a short shelf life. FCLO, however, consistently demonstrates a significant resistance to oxidation and rancidity. The most plausible explanation for this inherent resistance to oxidation has to do with the natural antioxidants that are liberated and retained through the fermentative process and purification.

Polyphenols are natural antioxidants²ª which are found in plant and marine natural products, including macroalgae2b. Commonly referred to as seaweeds, macroalgae are simple chlorophyll-containing organisms that are composed of either a single celled organism grouped in colonies, or as many-celled organisms collaborating together as simple tissues. Levels of polyphenols in marine algae can reach up to 20% of an algae’s dry mass. Of the many different polyphenols found in algae, catechol and catechin are found in nearly all species.

While fish do not produce polyphenols directly, some fish, including marine fish such as shad and other small schooling fish eat macroalgae. The Pacific cod (Gadus macrocephalus) that currently provides the raw materials for Green Pasture’s FCLO is the apex predator in its ecosystem and feeds on other fish, including algae-eaters. One hypothesis that could explain the exceptional oxidative stability observed in Green Pasture’s FCLO, therefore, is that the product is an unexpected repository of protective polyphenols such as catechol and catechin.

Oxidative degradation of oils / lipids begins with free radical formation, usually by exposure to light or heat. Once a free radical is generated, it reacts with oxygen to produce a peroxyl radical, which in the presence of a lipid, initiates a free-radical chain reaction.

Catechol and catechin exert their antioxidant activity by hydrogen bonding their two hydroxyl groups to the peroxyl radical³. The resulting compact structure undergoes rapid hydrogen abstraction from the catechol to the lipid peroxyl radical thus intercepting and disrupting the free radical chain reaction described above. The catechol / catechin byproducts of this process are ortho-quinones.

The reliable detection of these polyphenols spectrophotometrically is limited by the interference with substances that absorb light at similar wavelengths4; thus, an effective alternative is to detect the oxidation products of these compounds at more specific wavelengths. Since many polyphenols are ortho-phenols (such as catechol and catechin) they can be oxidized to their corresponding ortho-quinones, which are highly stained / colored, and can be detected spectrophotometrically at specific wavelengths of light.

This study aimed to quantify total polyphenols in FCLO samples by quantitation of their ortho-quinone oxidation products. FCLO samples were placed in sealed vials which were then charged with a headspace of pure oxygen and heated to 40°C. Formation of ortho-quinone products were followed spectrophotometrically until levels were seen to no longer increase. In addition to FCLO samples, a sample of raw, unfiltered, and fermented cod liver oil (RUFCLO) product was also tested. The RUFCLO sample was stored, in an open container for approximately 5 years. Interestingly, the RUFCLO sample displayed initial ortho-quinone levels at nearly 4 times those observed in FCLO, yet continued increase steadily through 49 days of accelerated oxidative stress. The FCLO sample tested, however, demonstrated a more pronounced

The results from the accelerated stability studies of FCLO, FSLO, and RUFCLO identify a strong correlation between levels of polyphenolic antioxidants, such as catechin, to the longer than expected shelf life of FCLO. When compared to the aged RUFCLO the initial quinone levels for the FCLO were significantly lower indicating lower levels of reactive oxygen species in the freshly bottled product. In addition to this, the rate of quinone formation in FCLO was linear, with respect to time, out to 60 days under accelerated oxidative degradation conditions. In the absence of long term stability data (2-3 years), rational assumptions about the rate of degradation can be made. The energy of activation, Ea, gives the quantitative relationship between reaction rate and temperature. The range of activation energies for most substances is 12-24 kcal/mol with an average of 19-20 kcal/mol5. Assuming an activation energy of 20 kcal/mol, for every 10°C increase in temperature, the reaction rate will increase 2.5 fold. For the purposes of this study the temperature was increased approximately 20°C, above ambient, which would correspond to a 5 fold increase in reaction rate. Under a model for thermal degradation this would be predictive for extended stability studies out to approximately 1 year. However, as the study samples were charged with an atmosphere of pure oxygen, these accelerated forced degradation studies are conservatively predictive for up to 2 years. According to the results of the study, it would be expected that under ambient conditions that the natural levels of polyphenolic antioxidants present in FCLO and FSLO would reasonably inhibit oxidative chain reactions due to reactive oxygen species, and thereby inhibit oxidative degradation of FCLO and FSLO for a period of up to 2 years. In fact, FCLO samples tested were produced in June of 2014 and 2015, and the FSLO was produced in November 2013. The initial quinone levels of less than 15 mg/mL for these samples, after aging for 6-24 months correlates well with the low peroxide values published by Green Pastures for their FCLO and FSLO, and clearly demonstrates the stability of FSLO and FCLO to oxidative degradation. 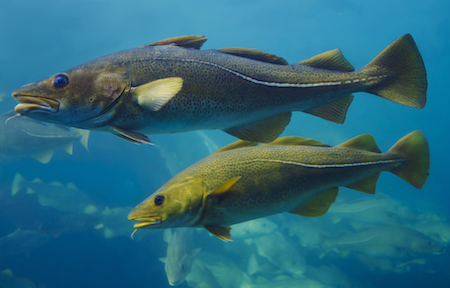