Over the years we have provided content that covers both historical and present day fermentation of fish and fish products.

We have received permission to publish some excerpts from one of our reference books: Fish Processing Sustainability and New Opportunities (Edited by George M. Hall) through the publisher Wiley-Blackwell.

The art of fermenting fish and fish products has been important for human nutrition long before refrigeration and the microscope. The references below specifically outline the process that has been employed by man for thousands of years, through the lens of today’s scientific understanding. This scientific description covers not only the important work of this industry, but also what we do here at Green Pasture.

The following content is selected from Fish Processing Sustainability and New Opportunities (Edited by George M. Hall); all copyrights belong to Wiley-Blackwell. We will include it in our new website as well!

Fermented fish is a broad term for different kinds of fish products. Traditionally, preservation of fresh fish was by salting, smoking and sun-drying (see Chapter 3). Salting and drying in a tropical climate can be prolonged due to high humidity and frequent rainfall, which allows fermentation to start, and people gradually acquired a liking for the taste and the aroma of fermented fish. Another attraction of fermented fish was as a cheap process for underdeveloped countries as an alternative to heavily salted fish products. The ability of fermentation to enhance the flavour (or to mask the taste of tainted fish products) increased its production and consumption even in developed countries (Saisithi, 1994).

Fermented fish is generally seen as a South-East Asian product through prime examples such as fish sauce. However, studies showed that such products are commonly found in other parts of the world, especially in Africa. Fermented fish production and consumption are also reported to occur in European countries such as Denmark, Norway and Sweden. However, most studies on fermented fish are of either African or Asian origin (Adams et al., 1985; Essuman, 1992; Saisithi, 1994).

7.2 PRINCIPLES OF THE FERMENTATION PROCESS

The complex ripening process consists of chemical and biochemical reactions that change the characteristics of the fish tissue and thus the sensory properties of the fish. Ripening is believed to be caused mainly by enzymic actions which split macromolecules such as protein and fat in the fish musculature into low molecular weight compounds, e.g. peptides, amino acids and free fatty acids. The texture of the salted fish becomes softer and tenderer during the ripening phase and a pleasant, typical taste is formed (Schubring and Oehlenschläger, 1997). The enzymes responsible for ripening are reported to be endogenous proteolytic enzymes from the internal organs and muscle tissue of the fish. The other source of enzymes is known to be bacterial, mainly lactic acid bacteria (LAB) (Østergaard et al., 1998) derived either from fish, salt or other ingredients used in the process.

The use of salt in fresh fish preservation as selective microbial agent has been reported by various researchers (Anihouvi et al., 2007). LAB are found as the dominant micro-organisms in many fermented fish products where their primary role is to ferment available carbohydrates and thereby cause a decrease in pH. The combination of low pH and organic acids (mainly lactic acid) is the main preservation factor in fermented fish products. Generally, pH should be below 5–4.5 in order to inhibit pathogenic and spoilage bacteria (Østergaard et al., 1998; Paludan-Müller et al., 1999). In addition, salt and spices (such as garlic, pepper or ginger) may add to the safety of products and, in some products, garlic may serve as a carbohydrate source for the fermentation. The salt concentration may range from 1% to 20% (w/w) in different forms of fermented fish having a pronounced influence on the microbial growth and the rate of fermentation, and thereby on the sensory quality and safety of the product. It is therefore of interest to identify the optimal salt concentration, which does not inhibit the growth of the fermenting microorganisms, and in addition contributes positively to the flavour and texture of the product (Achinewhu and Oboh, 2002; Paludan-Müller et al., 2002; Komatsuzaki et al., 2005). Sustainability is enhanced here by the exploitation of a native enzyme system, native bacterial flora and ambient temperature controlled and directed to human benefit.

Read the rest of the book excerpt. 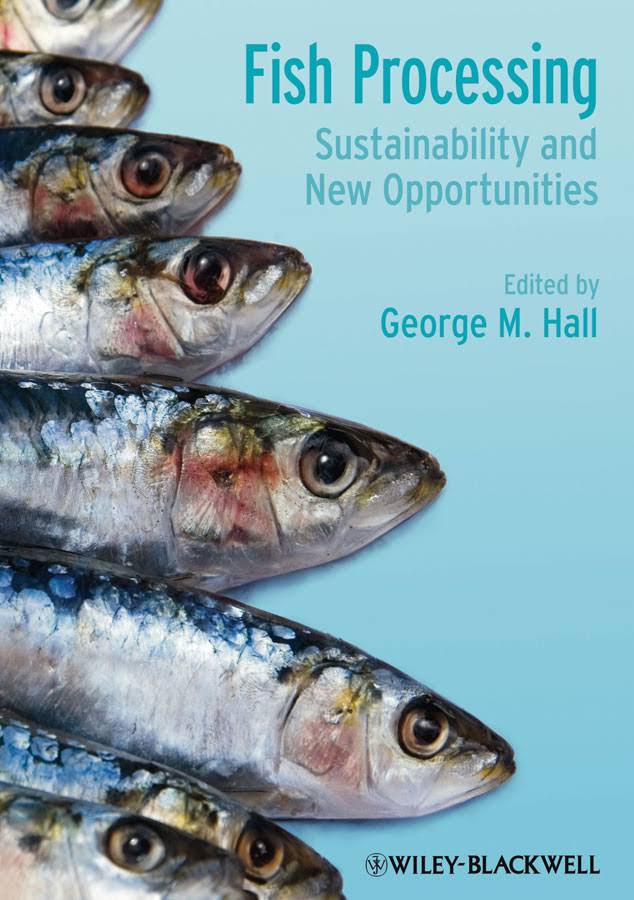