Ramiel Nagel answers all of these questions in the following article. Short on time? Each question provides a shortcut to the answer!

Ten years ago, Ramiel Nagel (Rami to his family and friends) wrote a book that set forth a simple but revolutionary premise that many people still find hard to believe – namely, that it is possible to cure tooth decay and other dental manifestations of ill health. The book – Cure Tooth Decay – was forged in the crucible of personal experience. Through painstaking research and trial and error, Rami successfully identified nutritional solutions to address his toddler’s crumbling baby teeth and his own dental problems. In 2015, Rami published the follow-on book, Cure Gum Disease Naturally, to offer solutions for the rampant problem of periodontal disease.

Sadly, just short of his 39th birthday, Rami passed away in July 2017, but his example will live on. Rami believed deeply in the importance of opening our hearts and giving life our best, no matter how long we live – and he successfully modeled the power of love in his own life. He also believed that caring for and detoxifying the planet starts with caring for and purifying ourselves, including our thoughts and emotions.

The following article summarizes Rami’s thinking about the importance of the fat-soluble vitamins. Children and adults alike should be grateful to Rami for bringing long-buried information back into the limelight. His work will continue to touch families for decades to come.

Americans spend over $111 billion per year on dental care. A sizeable proportion of these monies go to drill and fill teeth affected by decay, which is at epidemic proportions in both children and adults. National surveys indicate that almost two-fifths (37%) of children aged 2-8 years have had cavities in baby teeth, and a whopping three-fifths (58%) of adolescents aged 12-19 have had cavities in their permanent teeth. By adulthood, tooth decay is nearly universal, affecting 94% to 97% of individuals aged 35 to 64. Even worse, two-thirds of US adults aged 40-64 have lost one or more permanent teeth.

Although dental authorities state that tooth decay is largely preventable, the “preventive” actions commonly prescribed by dentists – brushing, flossing, water fluoridation, and drilling after decay has taken hold – are not doing the job. Some of these measures are even causing further damage. For example, the problem of dental fluorosis (permanently increased porosity of the tooth enamel caused by too much fluoride intake) has reached “unprecedented” levels. With two-thirds of the US population receiving fluoridated water, fluorosis rates have increased by over 400% in some age groups over the past 60 years.

Oral health is a window to overall health – a fact acknowledged by mainstream institutions such as the Mayo Clinic. Viewed in this light, the tooth decay epidemic in children and adults is a red flag, warning us that more than our teeth are deteriorating, even if we cannot see it. Yet contemporary dentists have failed to offer up any meaningful solutions to reduce the incidence or severity of tooth decay.

What if there was a proven natural and cost-effective means of reducing cavities? Wouldn’t a method that reduced decay, even if by just 15%, be front-page news? Wouldn’t we expect dentists and our decay-riddled population to eagerly embrace a safe and inexpensive method of prevention? Nutrition offers one avenue for genuine healing.

Surprisingly, the ability to prevent, control, and even reverse tooth decay through diet was once a widely accepted topic of discussion within the American Dental Association (ADA) membership and the scientific community more broadly. In 1952, the National Academy of Sciences published a literature review on dental caries that observed that “various types of survey data in a wide selection of populations indicate that there is a strong association between diet and the susceptibility to dental caries.” In modern times, this “strong association” would probably astonish many dental patients, given the resounding silence of the dental profession about the prospects for nutritional control of dental caries over the ensuing decades since the National Academy’s review.

Not all dental experts have eschewed involvement in the dental profession’s earlier work on nutrition. In 2013, University of Washington Professor Philippe P. Hujoel, PhD, DDS, MSD, MS published a systematic review and meta-analysis of controlled clinical trials that considered the role of vitamin D in preventing tooth decay. Vitamin D is one of the fat-soluble vitamins that are crucial to health, along with vitamins A, E, and K. Hujoel’s meta-analysis pooled 24 detailed historical studies (conducted from 1924 – 1989) involving 2,827 children. On average, Hujoel found that the administration of vitamin D alone reduced cavities by 47%-54%.

In the review, Professor Hujoel drew particular attention to one 1931 study, commenting that it stands out as “modern, even from today’s perspective.” Published in the Journal of the American Medical Association (JAMA) by the Medical Research Council in London, the study addressed “the influence of diet on caries in children’s teeth” and on the fat-soluble vitamins, in particular. The article concludes:

The facts indeed seem to warrant the conclusion that the incidence and rate of progress of [dental] caries in teeth…can be considerably retarded by the addition of fat-soluble vitamins to the normal diet.

Why are fat soluble vitamins important for oral health?

Another dentist who was intensely interested in the role of the fat-soluble vitamins (or “activators”) in mitigating tooth decay was Dr. Weston A. Price, DDS, MS, FACD. For a time, Dr. Price was head of research at the National Dental Association (NDA). (Dr. Price would not join the ADA due to the ADA’s promotion of fluoride and amalgam fillings.)

One year after the publication of the 1931 JAMA article, the Journal of the American Dental Association published an article authored by Dr. Price, titled “Control of dental caries and some associated degenerative processes though the reinforcement of the diet with special activators.” In the article, Dr. Price notes that dental caries are a “symptom of nutritional imbalance.” He remarks:

Dental caries in the light of our newer knowledge is even more important because of its significance as one of many symptoms of nutritional imbalance and organ and tissue degeneration than the injury of the teeth, important and serious as that injury is.

Whereas Professor Hujoel’s meta-analysis indicates that vitamin D alone can reduce cavities by 47%-54%, the principal focus of Dr. Price’s 1932 article was to present evidence that a mixture of cod liver oil and a special butter oil can result in an even more dramatic reduction in the rate of cavities. Cod liver oil that is not overly filtered or adulterated is a particularly rich source of naturally occurring vitamin D. When a high-vitamin cod liver oil is taken in tandem with a high-nutrient butter oil, the combination of the two furnishes the body with the full complement of fat-soluble vitamins. Notably, the nutrient-rich profile of these oils relies on animals eating their natural diet.

In his lab work, Dr. Price showed that these classes of fat-soluble vitamins are important to maintaining optimum blood levels of calcium and phosphorus. Because our teeth and saliva are nourished by our blood supply, and the teeth are made up of calcium and phosphorus, it makes sense that optimizing blood levels of the two minerals would lead to a reduction in tooth decay.

What did studies on cod liver oil blended with butter oil show?

Dr. Price extensively studied the dental effects of adding 3/4 to 1 1/2 teaspoons of his combined cod liver oil/butter oil mixture to the daily diet. Dr. Price also presented some of these results in five charts (see Figures A-E below, recreated from the original charts for easier reading). He wrote:

These show in graphic form the results of five separate studies made at different times for the comparison of individuals who are treated [with the cod liver oil/butter oil combination] with those who are not treated in regard to the prevalence of dental caries.

Across the five charts, the total average dental caries prevention is approximately 90%, as outlined below.

Of Figure A, Dr. Price states: “This graph compares the same individuals in two different groups, neither [of] which received treatments during 1928 and the other with 38 patients who received treatment in 1929. This second group included individuals who in 1928 had excessively active dental caries: namely an average of 8 cavities per person. In 1929 after these individuals had been put on the defensive treatment the number of cavities dropped in this very susceptible group.”

Can this epidemic be reversed?

Nearly the entire US population is affected by tooth decay that sets in at a very young age, signaling an insidious degenerative process that our $111 billion in annual dental expenditures and 66% population coverage with fluoridated water have done nothing to correct. In fact, not much has changed since famous dental decay researcher May Mellanby stated, in 1917:

The fact that dental disease is still so common…implies that there is still much to be learned; for there are more dental clinics, many more people brush their teeth, and much more dental treatment is practiced today than ever in the world before. The scourge thereby does not appear to be prevented, in fact it seems to be as prevalent today as it has ever been.

The historical evidence base shows that vitamin D alone can reduce tooth decay by 47%-54% and further shows that the combination of vitamin A-and-D-rich cod liver oil and nutrient-dense butter from cows grazing on rapidly growing grass can reduce the rate of cavities by as much as 90%. A health system that continues to disregard such compelling evidence (evidence that it once not only admitted but touted) cannot be said to be genuinely interested in promoting health and alleviating suffering.

What is the simplest thing to do for oral health?

The simplest thing that one can do to start reversing our nation’s tragic oral health trends is to add fat-soluble vitamins back into our diet. There are various ways to do this, depending on personal needs and preferences and level of income. My family’s preferred method—one that prioritizes vitamin-rich whole foods from nature-is to use Green Pasture’s fermented cod liver oil (which contains the naturally occurring fat-soluble vitamins A and D) mixed with Green Pasture’s high-vitamin butter oil. They are available either separately or as a pre-blended mixture. The adult dosage would be 1/4-1/2 teaspoon, two to three times daily, and about half of that for children, depending on the size of the child.

In terms of butter, about a tablespoon per day of butter from grass-fed cows can provide an adequate amount of fat-soluble vitamins when combined with an appropriate cod liver oil. The Weston A. Price Foundation shopping guide lists sources of high-quality grass-fed butter.

What is the take-away message on nutrition and health?

With not only our dental health but also our overall health at stake, we can no longer afford to ignore and bury the straightforward, natural, and non-toxic nutritional solutions identified by deep thinkers such as Dr. Price and his more unbiased successors. Even if nutritional adjustments were to result in only a small reduction in the rate of cavities, a fair-minded assessment of that achievement should by rights receive national attention from parents, schools, the dental profession, medical doctors, health departments, social services, and others. 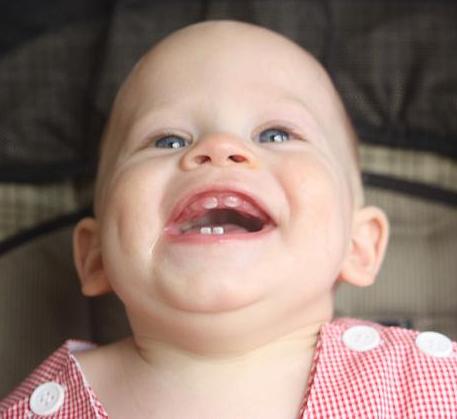